Pine64 announced PineNote, a high-end e-ink device powered by the same SoC as Quartz64. PineNote is expected to be available to early adopters later this year for $399.

It is enough to look at the specification of the device and the imagination of PineNote reaches much higher than a standard e-book reader. It will be a tablet with an e-ink screen with much more possibilities.

The PineNote is one of, if not the, most powerful e-ink device available on the market. It shares in much of the Quartz64’s pedigree, sporting the same RK3566 quad-core A55 SoC paired with 4GB of LPDDR4 RAM and 128GB eMMC flash storage. The PineNote is also fitted with two microphones and two speakers, a USB-C port for fast charging and data, as well as 5Ghz AC WiFi. Suffice to say, there is more than enough power in the device to serve its intended purpose (more on that later). The inner frame – the midsection – of the PineNote is made out of a magnesium alloy (similar to the Pinebook Pros outer chassis), making for a sturdy construction, while the back features a pleasantly ‘grippy’ plastic back cover with speaker cut-outs. The e-ink panel is covered by scratch resistant and glare reducing hardened glass. The entire assembly comes in at just over 7mm thick, which is approx. 1mm thinner than the Kindle Oasis 3, if you ever held one of those.

The PineNote panel will be 10.3 inches, 3:4 and a resolution of 1404 × 1872 (227 DPI), it can display 16 levels of grayscale. It has a front light with adjustable light from cool (white) to warm (amber). At the top of the e-ink panel is a glass capacitive layer – for input with the touch of a finger – and a Wacom Electromagnetic Resonance (EMR) layer for input with the EMR pen. The EMR pen will be sold for PineNote, but you will be able to use your own PineNote piróa.

Pine64’s goal is to get the device to run on Linux mainline. KDE will take care of the user interface, which is of course not surprising given the close cooperation between Pine64 and KDE. 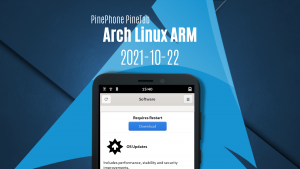 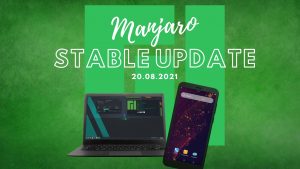 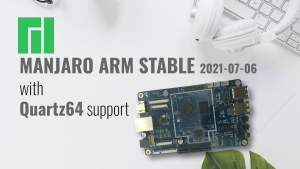